“Over the years we successfully led projects such as operations improvements, concept development, and new product rollouts. We work shoulder to shoulder with our clients to accomplish the project’s goals.” John Buchanan – President, Lettuce Consulting Group 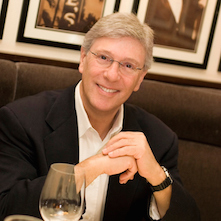 Founder and Chairman of Lettuce Entertain You Enterprises

Richard Melman is Founder and Chairman of Lettuce Entertain You Enterprises, a Chicago-based corporation that owns over 80 restaurants nationwide. The restaurant business has been Melman’s life work, beginning with his early days in a family owned restaurant, and later as a teenager working in fast food eateries, at a soda fountain, and selling restaurant supplies. After realizing that he wasn’t cut out to be a college student, and failing to convince his father that he should be made a partner in the family business, Melman met Jerry A. Orzoff, a man who immediately and unconditionally believed in Melman’s ability to create and run restaurants. In 1971 the two opened R.J. Grunts, a hip burger joint that soon became one of the hottest restaurants in Chicago. Here Melman and Orzoff presented food differently and with a sense of humor, creating the youthful and fun restaurant which was a forerunner in the trend towards dining out as entertainment that swept this country in the early ’70’s. Melman and Orzoff continued to develop restaurant concepts together until Orzoff’s death in 1981. Through his relationship with Orzoff, Melman formulated a philosophy based on the importance of partners, of sharing responsibilities and profits with them, and of developing and growing together. Today, Melman has 55 working partners, most of whom have come up through the organization. To operate so many restaurants well, Lettuce has needed to hire, train and develop people, and then keep them happy and focused on excellence. Melman’s guiding philosophy is that he is not interested in being the biggest or the richest restaurateur, just in being the best he can be. He places enormous value on the over 6,000 people who work for Lettuce Entertain You Enterprises, and feels tremendous responsibility for their continued success. Melman’s personal life revolves around his family. He and his wife Martha have been married for 34 years and have three children. 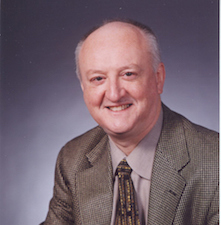 President and a founding partner of the Lettuce Consulting Group

Responsibilities: John Buchanan is the President and a founding partner of the Lettuce Consulting Group. In addition to leading the strategic growth and client services of the group, John provides oversight management to all operator and manufacturer engagements. He has particular responsibilities in operational troubleshooting, operating systems implementation, new concept development and menu services as well as training programs for both management and staff. Consulting Experience: John began laying plans for the Lettuce Entertain You Enterprises (LEYE) consulting division in 1995. At that time, he conceived a different approach to professional consulting. Rather than simply theoretical analysis and written reporting, the Lettuce consulting services would involve a hands-on, partnering method. This approach has resulted in Lettuce Consulting’s high level of success. As lead manager, John has conducted engagements in acquisition evaluation, concept creation, operations start-up and improvement as well as menu and product development. John has also developed new consulting services in the areas of leadership culture and human resource practices. Industry Experience: John began his restaurant career as a dishwasher during his college years in Chicago. After graduation, he worked front-of-the-house positions at a major steak house chain and at a contract foodservice management firm where he became a general manager. John joined LEYE in 1978. His experience with LEYE includes opening and managing over two-dozen different restaurants, multi-unit supervision and several new concept creations. In addition, John founded the LEYE Human Resource Department and was the original author of the firm’s Management Training Program. Teaching and Speaking Engagements: John’s passion for the industry makes him a dynamic, popular and frequent speaker at Loyola University, Kendall College, Kellogg School of Management, Roosevelt University and international trade shows. John has been a bi-annual guest instructor at Switzerland’s esteemed Ecole Hoteliere de Lausanne. He has also been a lecturer as a part of that school’s International Hospitality Consulting curriculum. Most recently, he has been invited to lecture at France’s Institut Paul Bocuse. Education: John earned his Bachelor of Arts degree in Psychology at Northern Illinois University. 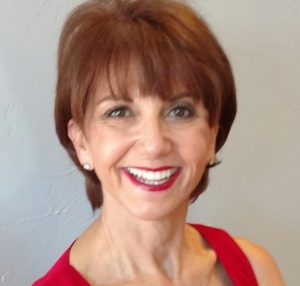 Responsibilities Loret, as a former practicing psychologist and currently holding credentials from the International Coach Federation as a Life and Executive Coach, is an expert in human behavior, motivation and training. This makes her the ideal choice to lead individual management development efforts, team building strategies and individual executive coaching for the Lettuce Consulting Group. With a solid track record of developing leaders to deliver financial results, she uses Lettuce’s methods and philosophies to focus on business strategy, company culture and leadership development. Consulting Experience Loret has led consulting initiatives at multiple companies, including Kimpton Restaurants and Hotels, Hyatt, the University of Chicago Medical Centers, Jeremiah Tower’s Stars Restaurant, Michael Jordan’s, Coyote Café, I-Hop and Skyline Chili. Industry Experience Loret spent 12 years in the Lettuce organization in both Operations and Human Resources. Since then, she has served as President/COO of start-up, turn-around and mature companies of small, mid and large sizes, in both private and public organizations. She is now available to enhance the Lettuce Consulting team. Loret has served as a board member for the hospitality departments of Cornell University, Purdue University, San Francisco State University, and University of San Francisco. Additionally, she was a founding board member of both Women’s Foodservice Forum and Women Chefs & Restaurateurs. Speaking Engagements Loret is a dynamic public speaker who has presented at The National Restaurant Association Convention, COEX and MUFSO, The Aspen Food & Wine Classic, as well as many organizations’ leadership conferences. She has appeared on The Oprah Winfrey Show as an expert in restaurants and has been featured in The New York Times, Inc. Magazine, Nation’s Restaurant News, Restaurant Business, and Food & Wine Magazine. She has been awarded “Excellence in Innovation” award from Nation’s Restaurant News, “The National Pacesetter Award” from Roundtable for Women in Foodservice and “Hospitality Motivator of the Year” from Elliot and Associates. Education Loret earned a BS in Behavioral Sciences and master’s degrees in Psychology, Psychometrics and Counseling from San Jose State University. She has completed finance classes at Northwestern University and at Santa Clara University’s MBA program.

The combined originality of Lettuce’s restaurants is unparalleled, with over 65 working concepts representing a complete repertoire of America’s favorite service styles and cuisines

Fill out your information below and we'll be in touch soon.

Our Place or Yours

Safely visit us or enjoy your meal at home.